Ledo is the main dialect of the Kaili language, spoken around the city of Palu and along the Palu River in Central Sulawesi, Indonesia.  Kaili is an Austronesian language of the Kaili-Pamona family.  There are over 300,000 speakers of Kaili, 150,000 of whom speak Ledo.  The rest are split into five other major dialects and some smaller dialects. Ledo has been used as the lingua franca of the Palu valley area and beyond, for generations.

Ledo is a VOS language with all open syllables, a realis-irrealis distinction, traces of a Philippine-type focus system, an impressive array of verbal affixes, and an interesting noun phrase.

Scholars prior to World War II used the term 'West Toradja' for the Kaili-Pamona language family. This term, however, is confusing as there is a language in South Sulawesi called the Toraja Sa'dan language, which is not very closely related. Thus Indonesian scholars prefer the term Kaili-Pamona for the West Toradja language group. 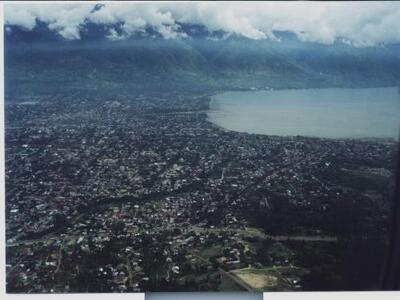 Send us your comments or questions